The Grocer – Saturday Essay by Will Carter: Have Discounters Really Cracked the UK? 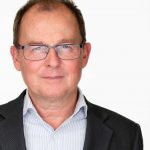 Without doubt, discounters in the UK are currently enjoying an unprecedented run of growth. The market share of Aldi and Lidl has climbed and been further boosted by the growing presence of new-generation UK grocery and general merchandise discounters.

Branded manufacturers who were traditionally nervous about triggering price read-across problems with their core customers and shied away from trading with these “upstarts”, have had to find creative solutions to supplying this retail segment as it has become too big to ignore.

Customers historically valued by some suppliers only for inventory clearance and short-term capacity utilisation are suddenly being treated to special pack formats and weight-breaks. Add to this the fact that a number of the UK discounters are in private hands and are subject to growing takeover speculation, and one could be forgiven for thinking equity in the established grocery mults is past its sell-by date.

In reality, it’s not that simple. But while they may never supplant the mults as the main shop destination of choice for UK middle-incomers (they have neither the range nor breadth of formats to do so), in attracting even a small percentage of more affluent consumers each year, the discounters may well be able to edge British shopping habits slowly but surely in the direction of their German counterparts.

What is perhaps less plausible is that the growth of UK general merchandise discounters will continue unabated. Consider the three short-term drivers of this growth: the recession attracting an increasing number of shoppers to discounters offering not only “value” but also low basket price; the demise of players such as Woolworths giving discounters acres of low-cost high street retail space; and the multiple grocers focusing on multi-buy promotions perhaps for too long into this recession and responding slowly to the imperative to instead limit basket cost.

All of these factors have helped contribute to a bumper period of growth across this newer discounter model. But is it sustainable?

Eventually, the recession will ease and consumer confidence will begin to return. Correspondingly, the rate of new store openings for discounters, fuelled in part by vacant high street real estate, will slow.

And never underestimate the response of the major established grocery multiples in the UK. They are among the most sophisticated retailers on the planet. They have the advantage of unparalleled retail selling space on the high street and out of town as well as through increasingly efficient home delivery operations. They have economies of purchasing scale coupled with a breadth of range that the smaller discounters can’t hope to match. Above all, they have a track record of defending their positions – and usually winning.

Is discounter growth a short-term bubble then? Of course not: the good ones will thrive and some will earn their investors considerable returns. Others will fail and disappear from our high streets just as countless of their predecessors have done before them. Remember Woolies?