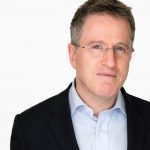 The announcement today of the merger of Heinz and Kraft is another shift in the tectonic plates of the food industry.  But the direction of travel has returned to consolidation and internationalisation

Today’s announcement of a merger between Heinz and Kraft is very clearly a statement of strategic intent – and the intent is to make Kraft an international business again.

3G Capital are clear about their intent.  With Heinz they have stripped out lots of costs and grown margins from 18% to 26%.  The synergies estimated on the deal are $1.5bn.  I worked at Kraft for 3 years a decade ago and there was certainly plenty of spare cost in the business then.

But there is also a clear intent to internationalise the business.  Heinz retains international businesses  although they account for only 24% of the combined business.  It highlighted on the investor call its UK and Italian businesses and its emerging markets portfolio.  Meanwhile, Kraft has apparently only licenced its brands to Mondelez until 2017 or 2020 and will seek to repatriate those licences.  And the focus on the investor call was to build on existing international platforms in the UK and Italy as well as other markets where Heinz is strong.  The presentation highlights Kraft’s more international brands – Philadelphia takes centre stage.

Food companies will be readjusting their world view.  Mondelez was supposedly planning to sell its cheese businesses including Philadelphia– potential buyers were lining up.  According to today’s investor call Kraft can repatriate the brands and now has the strategic intent plus the international network to make repatriation a practical step forward.   Cheese industry consolidation will take a different path to that envisaged a few days ago. Other major food companies may well be looking over their shoulders, wondering what moves they need to make to stay ahead of this new giant in the industry.  Mid-size US-centric players, often touted as Heinz targets, the likes of Campbell Soup and even Kellogg’s will wonder what they need to do to keep up with the scale of Kraft Heinz in the USA – and whether they need to get their own cost bases into line.  And smaller country champions like Premier Foods and Agrolimen will wonder if they are likely to be swallowed up.  The ramifications will take time to play out – it will be interesting times.